During the visit of Franck Riester, the French Minister Delegate in charge of Foreign Trade and Economic Attractiveness, Olivier Sergent, President of MECATHERM, shared his experience driving the successful internationalization of a French company through exports.

MECATHERM was chosen to host the French government’s Relance Export Tour at its Barembach site, organized by the France Export Team and in presence of Franck Riester, Minister Delegate in charge of Foreign Trade and Economic Attractiveness. As a French SME with over 90% of sales through exports, with ovens, lines, and equipment installed in more than 70 countries on 5 continents, MECATHERM shared perspectives on the challenges of developing exports and was recognized for the international promotion of French industrial and engineering expertise. 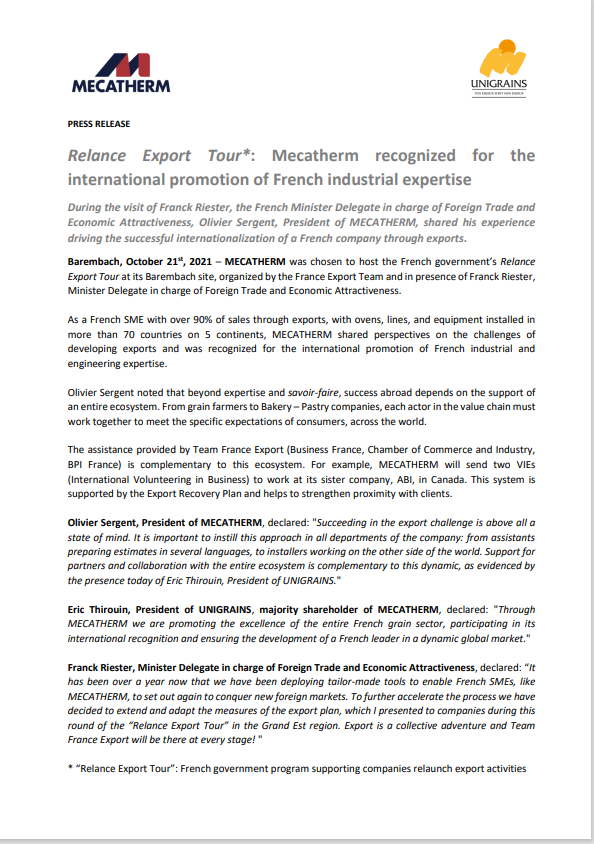 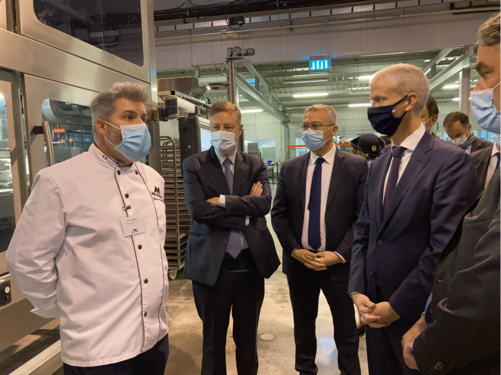 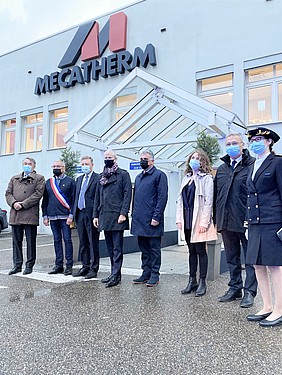 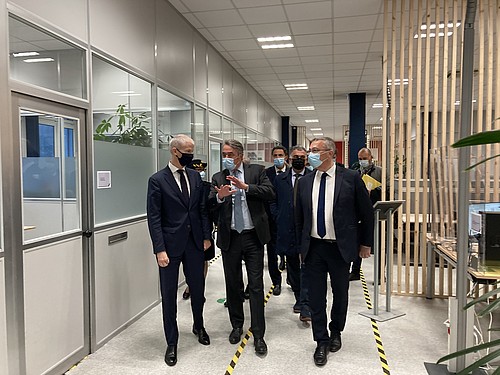 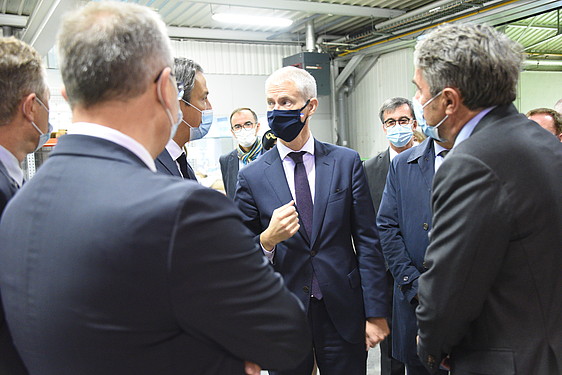 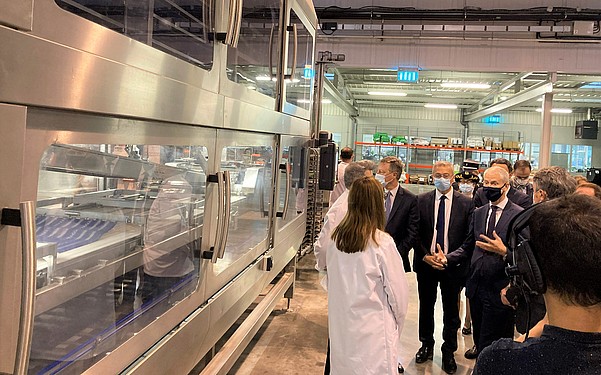 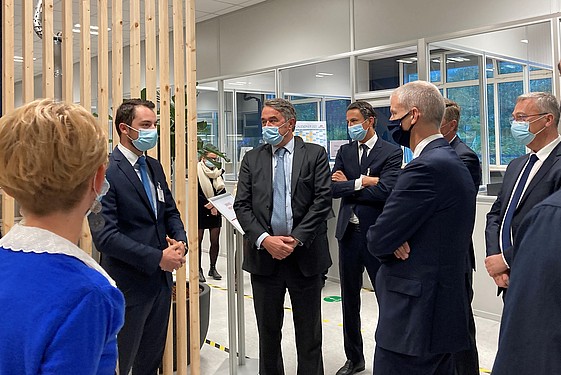 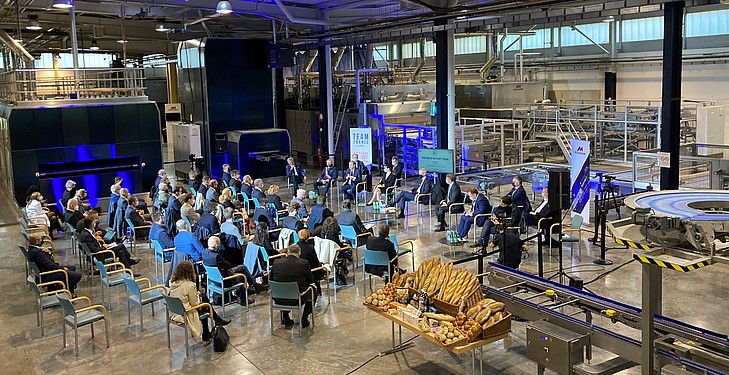