From Krakow to New York, the bagel to conquer the world

"You need history for the whole and the legend for the details," wrote Victor Hugo. In the case of the bagel, that ring-shaped bread recognizable at a glance, both the history and the legends are rich. The first historical mention of the bagel dates from 1610 in Jewish documents from Krakow. In these documents, the bagel appears as a gift to women following childbirth. The legend, however, attributes its invention to a Viennese baker as a thank you gift to Polish king Jan Sobieski, who saved Vienna from invasion in 1683. Whether created for royalty or for everyday people, it is in European Jewish culture that the bagel was born. And it is that same European Jewish culture that brought the bagel with it to New York in the 1880s.

Since then, the bagel has established itself as a must-have, versatile consumer good in North America where the bagel market represented $1 billion USD in 2019 annual sales according to an IRI report. This mature market offers opportunities to innovate and diversify the ways in which bagels are baked.

But its success didn't stop there, and this market is showing substantial growth throughout the world. Between 2016 and 2019, sales increased by 8% in Asia and the Pacific and 2.5% in Western Europe, according to a report by Mintel. Its popularity is easy to understand if you consider its original simplicity, which allows for great adaptation according to the different recipes, sizes, and toppings that consumer desire. "Right now, bagels are gaining a lot of ground all over the world. About a third of the increase in our business can be attributed to the increase in bagel production and consumption globally," says Alex Kuperman, CEO of bagel equipment manufacturer ABI Ltd.

However, a bagel must remain a bagel and the purists are there to remind us of that! You can alter the size, the texture, the taste and even the manufacturing process, but the authenticity of the bagel is sacred, and its history does not allow its name to be misused.

Consumers remain the final decision-makers. "I am continually surprised at the unique and fun ways that people are using our products," Ted Swain, Senior Brand Manager at Thomas' Bagels, tells Baking & Snack magazine. For example, in New York, a bagel is not eaten the way it is in Montreal. The first one, baked in a traditional oven will be sliced to be eaten as a sandwich. Canadians, on the other hand, bake it in a wood-burning oven and eat it whole. It is also up to consumers to pick them large or small, sweet or savoury, etc. This variety of recipes gives it a variety of uses, and indeed in North America and Western Europe, the bagel may be served for breakfast, lunch or even snacks.

For this reason, the consumers should be catered to wherever they are. Whether to restaurants, supermarkets, or bakeries, bagel distribution must demonstrate adaptability. Craft manufacturing offers the flexibility needed to meet consumer versatility, but the rate of production is inadequate. “Replicate an authentic bagel with industrial process is possible as long as all the steps of the process are followed in the right conditions using the right equipment.”, explains François Retailleau, production line Manager at Mecatherm.

It is up to industrialists to respect the authenticity and diversity inherent to the bagel, while maintaining production volume capacities that allows them to keep pace with its growing consumption. 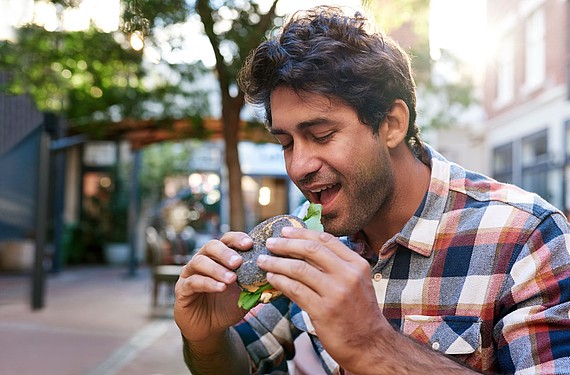