The baguette: an evolution at the crossroads of history and progress

Bread is a food like no other, as its symbolic value is so great. It is even the generic term for ‘basic necessities’. To lack bread is to lack the essential. "Bread plays so many roles! We have learned to recognize in bread an instrument of the community of mankind, because of the bread to be broken together. The flavor of shared bread has no equal," wrote French writer Antoine de Saint Exupéry. As for the baguette, it has a more recent origin that some people trace back to the Napoleonic era when bakers wanted to give the loaf of bread an elongated shape to facilitate its transportation. Others trace its origin to Vienna in the 19th century and its importation to France where it developed due to its ease of baking. It is thus initially by convenience that the baguette made its appearance and imposed itself in the bakery. Since then, the baguette has followed all the technological evolutions that society has offered. It was in the 1980s that technology allowed the industrial production of the baguette. As for Mecatherm, in 1972, the French company launched the first line of frozen raw bread production, thus participating in the rich history of bread.

Today, the worldwide industrial bakery and pastry sector is doing well. Indeed, the losses caused by the closure of the restaurants have been in part transferred to supermarkets, for which manufacturers have noted an upward trend that should be confirmed in 2021. According to a study by Alix Rachet of Xerfi 1 Precepta, bread manufacturers for supermarkets have benefitted from an increase in demand for pre-packaged bread of more than 25%. For their part, consumers have narrowed their choices to two distinct product categories. On the one hand, they are looking for higher quality products, concerned with new trends such as health, nutritional value, organic and responsible consumption, even if it means accepting a higher price. On the other hand, the economic crisis has pushed many households to more affordable consumption choices including more basic products.

Despite this dynamic context, the industrial baguette has evolved very little since the 1970s, whereas changes in consumption undeniably call for the emergence of an authentic industrial baguette that would assume a return to the classic French baguette. In fact, the trends we are seeing are no longer based on a binary choice. The history and the symbolism of the authentic baguette have gradually regained their rights and the industry would be ill advised to miss such expectations. Authenticity is increasingly sought after by consumers, and a baguette that is reminiscent of the traditional one in its organoleptic properties, such as its appearance and taste, is a challenge that the industrial bakery must take up. Heir to its rich history and in accordance with modern consumption patterns, the authentic baguette is called upon to become the synthesis of the know-how of the bakery and the precision of the industry in order to offer the best to new consumers. 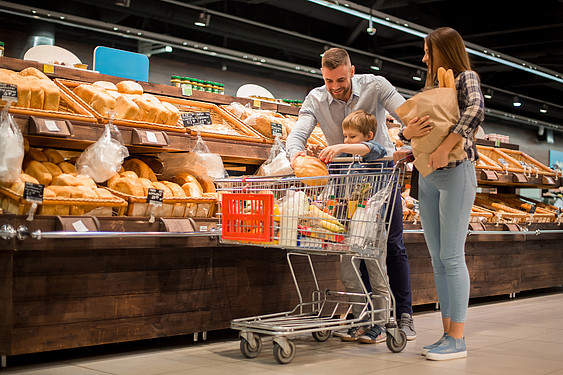